HINESBURG, VT— On Sunday, October, 28, the Boston Red Sox won the World Series with a 5-1 blowout match against the Los Angeles Dodgers. This is the team’s first win since 2013. While some of the students at Champlain Valley Union High School— located 220 miles from Boston— are thrilled with the outcome, others are quite upset and some couldn’t care less. Nevertheless, this World Series win is a big deal at CVU.

Ian Parent, a senior at CVU and a player on the varsity baseball team, said enthusiastically, “I am a huge Red Sox fan! I’m just so excited for the city of Boston because let’s be honest, we don’t win enough.” He elaborated by talking about some of his favorite players on the team, “Alex Cora is the greatest manager of all time, especially as a rookie and David Price came in clutch.” In the series, David Price, 33, only allowed 3 runs in the entire series and pitched 3 of the 5 games. It was truly a spectacular series for Price who, in terms of sports, is quite old. 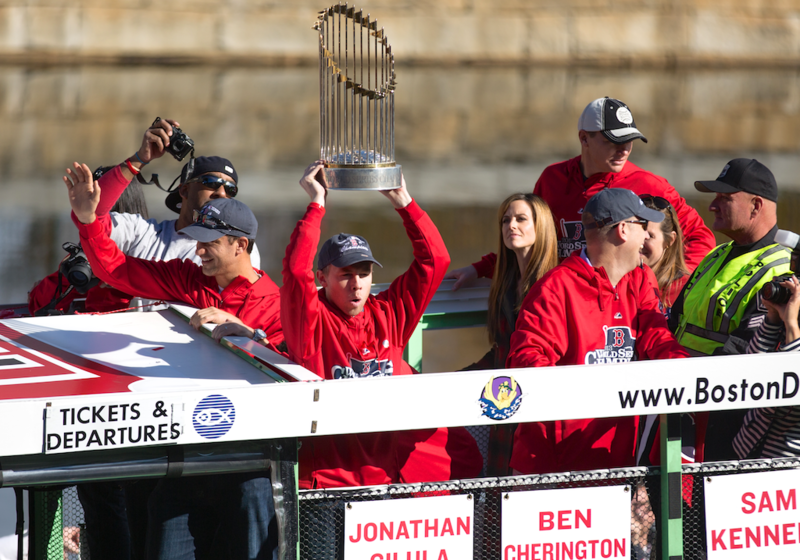 Another life-long Red Sox fan, Brendan Tivnan, stated, “My parents grew up in the Boston area and therefore have been fans their whole lives, so have I. I love watching [the Red Sox] and all of its players. They are a great young team with a lot of great young players. Also, I am glad that they beat the Astros and the Yankees because I hate both of those teams!”