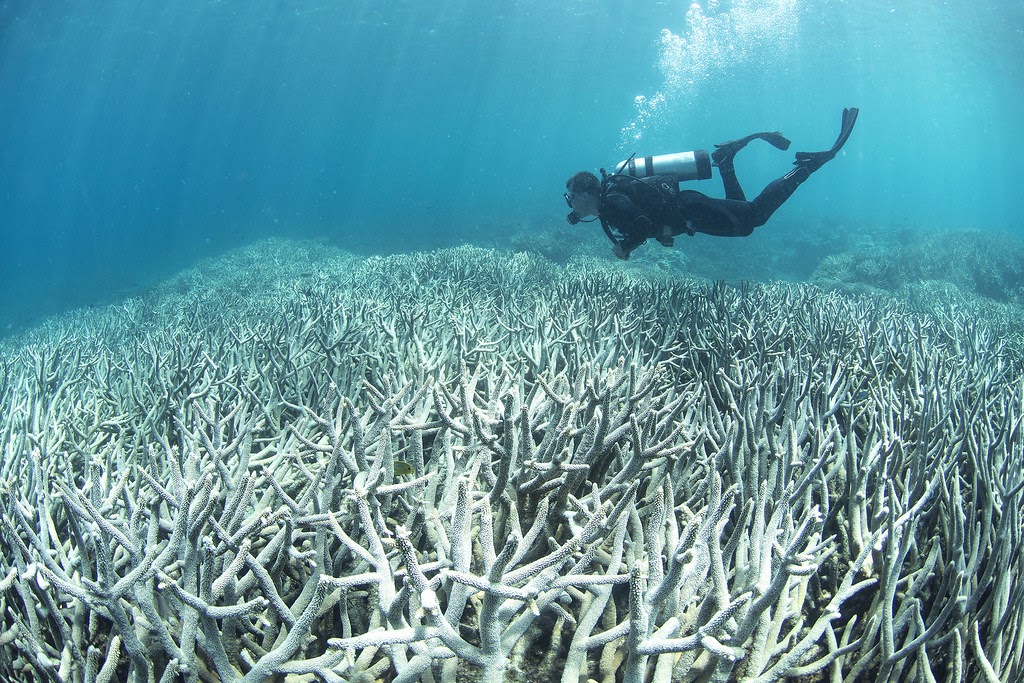 Coral reefs are home to thousands of species, but half the world’s coral reefs are dying due to bleaching and without the coral, many of the tropical fish species will go extinct.

Unfortunately, most bleaching happens due to climate change, meaning if the water temperature gets cold and doesn’t warm up fast enough the coral will die.  But as people we can’t just cut everything that gives off carbon emissions because the world relies on businesses and technology which causes mass amounts of carbon pollution.

Scientists have found other ways to revive the dying reefs. One scientist by the name of DR David Vaughan found that cutting the coral in small pieces will grow faster and he has been using that technique in his coral farm/nurseries.

Unfortunately, according to Frank Mars, he has found that many farms aren’t paying attention to where they relocate the new coral to because coral farms can’t be built where there has never been a reef and resilient coral can’t be grown on floating nurseries which are located on the ocean’s surface.

Mars Coral Restoration Foundation  came up with a better idea by focusing on physically restoring the reefs that have been killed. Mars coral foundation installed more that 8,000 “spiders” which cover more than 8000 sq ft of the ocean floor in Indonesia. Spiders are cages which are helping regrow coral by providing a structure for the coral to properly re-grow on.

A Biologist by the name of DR Tom Goreau  has put to use the biorock structure as a way to restore coral. Biorock structures are a metal frame with coral on it that is electrocuted with low voltage to stimulate the new growth.  According to a study done by Thomas J. Goreau shows that coral will grow 3-4 times faster and have higher rates of survival when biorock structures are used.

This is an international issue; 16% of the world’s tropical reefs died in 1998 And 70% of the earth’s coral was damaged in 2016. Many have ignored this global issue but if this continuous, by 2050 it’s estimated that 90% of the coral reefs in the world will be gone.