Champlain Valley uses standard EEA dodgeball regulations. There are 2 teams of 6 members per match, with 6 balls and three referees per court. During the double elimination round, 4 games are played throughout the school at a time. “Yes this does create chaos for both the teams and organizers, but somehow it always works out.” says Pogact.  Each team member pays $5 that goes towards Class Council. School spirit has turned this into a fun event for every participant regardless of experience. 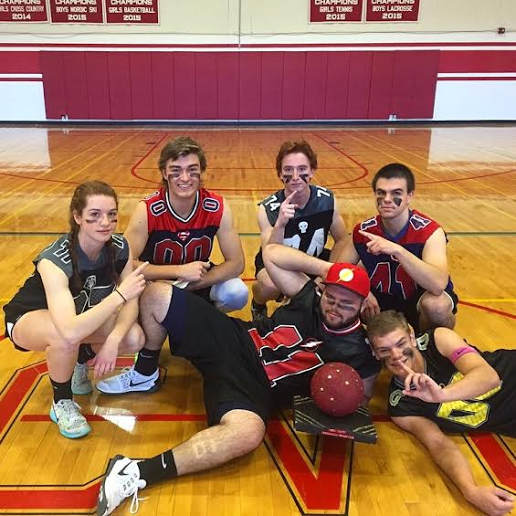 END_OF_DOCUMENT_TOKEN_TO_BE_REPLACED

Previously, dodgeball had been nothing but a nonchalant activity that a few students put together. However, in 2008, Mark Pogact created an official Dodgeball Tournament. It started out very small in comparison to what it has become today. Only about ten teams participated in their first tournament, while this year there was a grand total of 48.

Each dodgeball team is comprised of six players, with both sexes represented by at least one member. The most common make up of the teams involves five males and one female.  There are, however, at least a couple teams with a strategy on the opposite side of the spectrum, consisting of five females and only one male, who are looking to defy the stereotype.