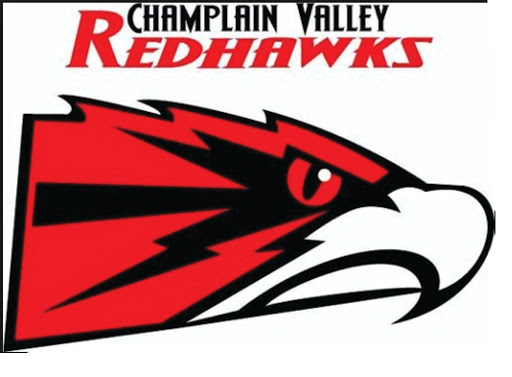 The baseball team came back from 7 down against Burlington to win 14-12. And now are looking forward to their rematch with South Burlington on 5/15

It’s that time of the year again for VT High School baseball, where games are starting to mean something. As the regular season is coming to an end, the postseason is just about to begin. Senior-heavy CVU is currently preparing for this year’s playoff run.

For CVU Baseball, this is an opportunity to capture their first title since 2013, and for seniors this is one last chance to capture an elusive State Championship. “It would be a great way to end my high school career if we could come out on top,” commented senior pitcher, Hunter Anderson.

END_OF_DOCUMENT_TOKEN_TO_BE_REPLACED

Anyone who has been involved in Vermont baseball for a while knows that last year’s quarterfinal exit for the CVU team was uncharacteristic; a team that has had a history of winning in recent years was unfamiliar with the early round exit in last year’s playoffs.  However, the loss may not  have been all bad news.

This year’s team looks to use last year’s loss as a motivator for this coming season. Senior captain, Chris O’Brien, stated, “The ending to last season was definitely disappointing, but this year we’re using last season’s ending as motivation to finish this season where we want to be.  On top.”  The Redhawks will look to match, if not improve, their impressive record of 14-4 last year.

Additionally, despite losing some key seniors last year, this year’s season looks promising. The team has a diverse group of players, ranging from six seniors who lead the team to the five underclassmen whose impressive skill landed them  spots on the roster. The group will look to use their balance of experience and skill to their advantage.  “I think our seniors, including myself, are ready to be leaders.  We have a lot of talent as it stands, but our leadership and togetherness will help us even more,” said Senior outfielder, Nate Shanks.  “I’m really excited to see what we can do this season.”

END_OF_DOCUMENT_TOKEN_TO_BE_REPLACED

Every year between the middle of February and the beginning of the season in April, all major league baseball teams head down to either Florida or Arizona to play exhibition games for the upcoming season. These months are very important for all the organizations because the players need to train, the weather these states provide is necessary for the games, and because of the potential prospects it offers on the MLB teams.

For the Baltimore Orioles whose home field is in Baltimore Maryland, all the equipment and players report to Sarasota Florida for spring training. The Orioles have their own smaller stadium in Sarasota that they use in the spring. The stadium can hold about twice as many people as Centennial Stadium where the Lake Monsters play, however it is not close to the size of the major league park in Baltimore. With a much smaller stadium, a Sarasota local fan Dan Langdon says, “the game is much more personable and the ticket prices are much more reasonable then at the professional stadium”.

With the stadiums filled with fans from near and far, the major league teams will play around 6-7 times a week in preparation for the upcoming season. This is one of the most important parts for these major league teams. When opening day for the majors rolls around on April 2nd, the athletes who are getting paid millions of dollars a year don’t just show up and play. These two months before the regular season are huge factors in the success of many of the players. After having the winter off, the players will use this time to get acclimated with the fast pitching and hard ground balls.

With the Orioles stationed in Baltimore, around the February to April months the weather is not fit to play baseball in, and the Orioles are not alone. Many other teams face this same problem, however; this is easily fixed by having the pre seasons take place in the warm states of Florida and Arizona during these months. This is another huge factor to the importance of spring training in the south.

Not only is the baseball in Florida a sign of a new season for the teams, but it also means new players. With players constantly being switched from team to team, and other players being brought up from the minors, this is their first chance to prove they belong in the majors. For the Orioles, their contract with their starting catcher, Matt Wieters, expired in the end of the 2016 season, leaving a huge void in the starting line up. According to the Orioles Magazine, alongside the two backup catchers already having roster spots, there are four other potential catchers trying to get a spot on the roster. This time in Florida is when those players get to prove to the head coach that they are worthy to be on the team for the 2017 season. This makes the spring training in Florida even more important than it already is.

The significance of spring training doesn’t just end with the players, it attracts many people from all around. CVU junior Jacob Bortnick is one of those people, “Every year I go down to Florida and make sure that I catch a spring training game.“ Bortnick isn’t alone, CVU senior Max Pudvar headed down to Florida this February break as well, “I wouldn’t go down to Florida solely to watch a spring training game, however it was a very nice addition to the trip.” Whether people go down like Bortnick for the Spring Training games, or like Pudvar who add it to list of to-dos while on vacation, there’s no doubt that the pre-season encourages many people from near and far to go see these games and is very important.

Although the Orioles only use their stadium in Sarasota Florida once a year, it proves to be a very important time for them in order for the returning players to be able to get back into the swing of things, to escape the cold weather up north, and to allow new players to try out to be on the roster. Only time will tell which teams made the most of the spring season.