Through the difficulties of the Covid19 quarantine, neighborhoods have been finding new and creative ways to forge deeper community bonds, while following social distancing protocol.

Front Porch Forum, an online forum allowing local communities to share information or seek and offer assistance to neighbors, has become a light in the darkness for many community members. 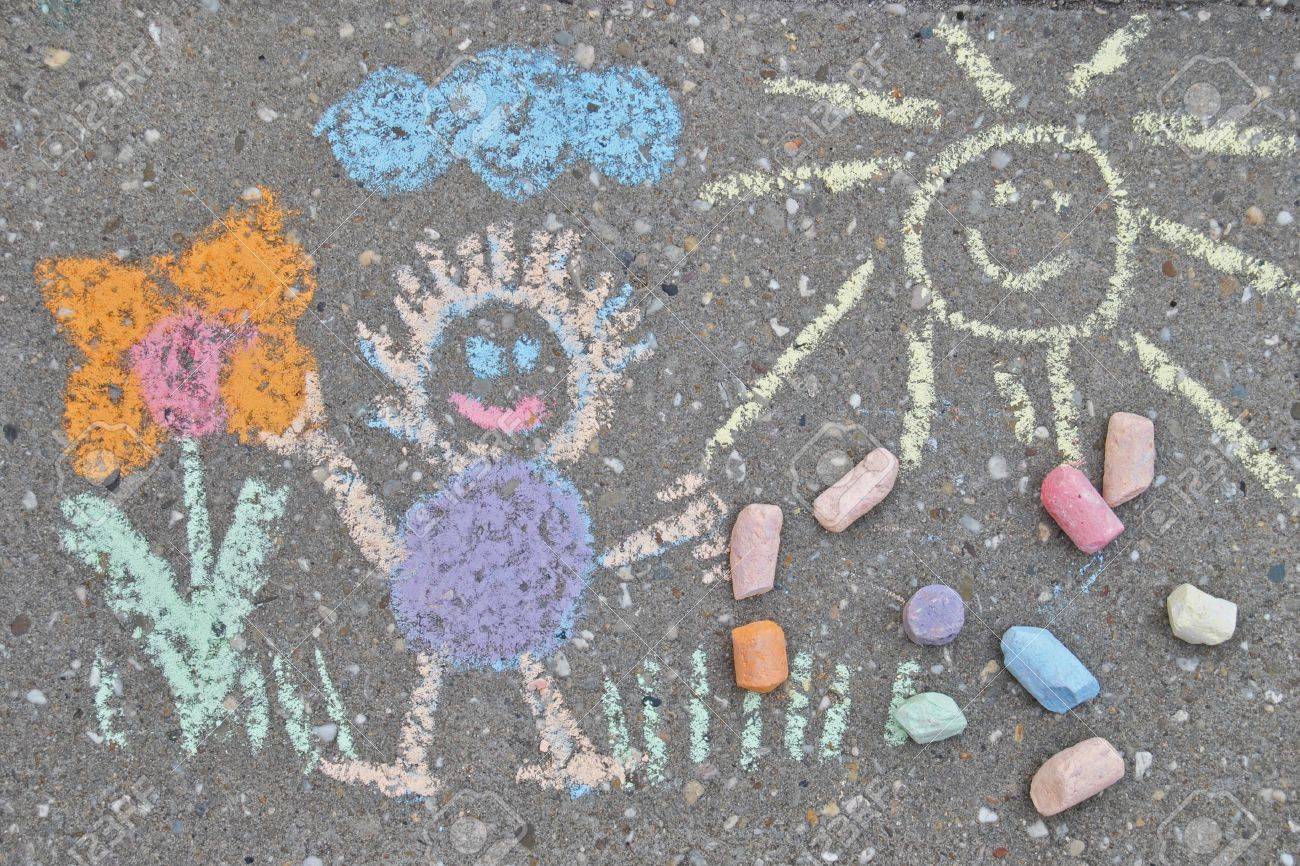 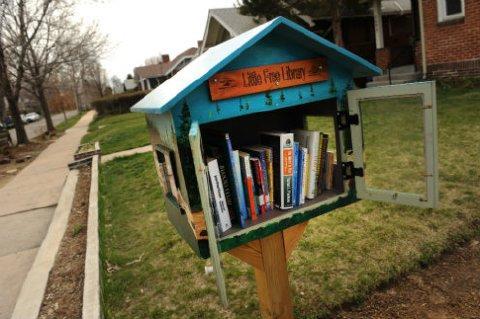 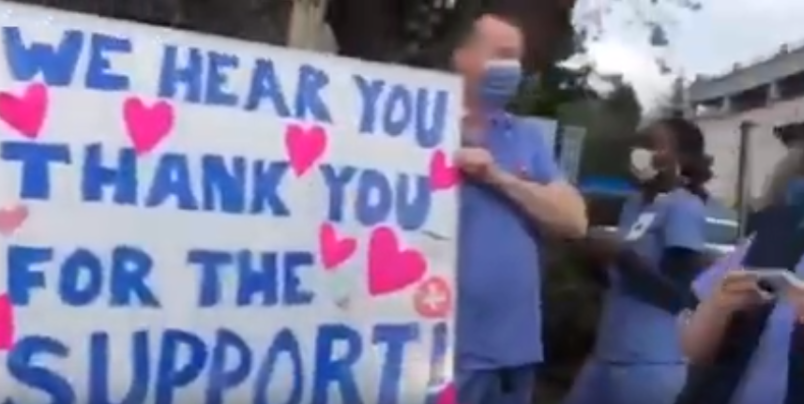 Since Vermont Governor Phil Scott announced the “Stay home, Stay safe” order on March 24th, minimizing unnecessary activity as a response to the covid19 outbreak, neighborhoods have been bonding over shared social distancing activities, planned through the Front Porch Forum.

“Our business is to help neighbors connect and to build community,” says Front Porch Forum co-founder Michael Wood-Lewis in an interview with the Barre Montpellier Times Argus. This statement has gained even more weight, as community members rely more heavily on online connection and communication during social distancing.

Countless discussion posts have been made discussing how to incorporate fun activities into social distancing on the Chittenden County town Front Porch Forums. Communities are working to create fun new routines that provide lighthearted moments and support in a time of uncertainty. “The inventiveness of fellow residents continues to amaze and lift up,” says Shelburne select board member Jerry Storey.

END_OF_DOCUMENT_TOKEN_TO_BE_REPLACED

Every March, Vermonters, along with almost every other state in the United States, get ready to set their clocks ahead and lose sleep for the sake of later sunsets. This practice typically marks the beginning of Spring and welcoming back warm weather, but at what cost?

Currently, in the US there are two states who do not follow the practice of Daylight Savings. Those two states are Hawaii and Arizona. However, the rest of the country still follows the changing of the clocks. In recent years, this has become a debate amongst senators throughout the US, as well as citizens.A poll conducted by AP-NORC found that 71% of respondents want to end the active practice of changing clocks. The reasons for this are varied. 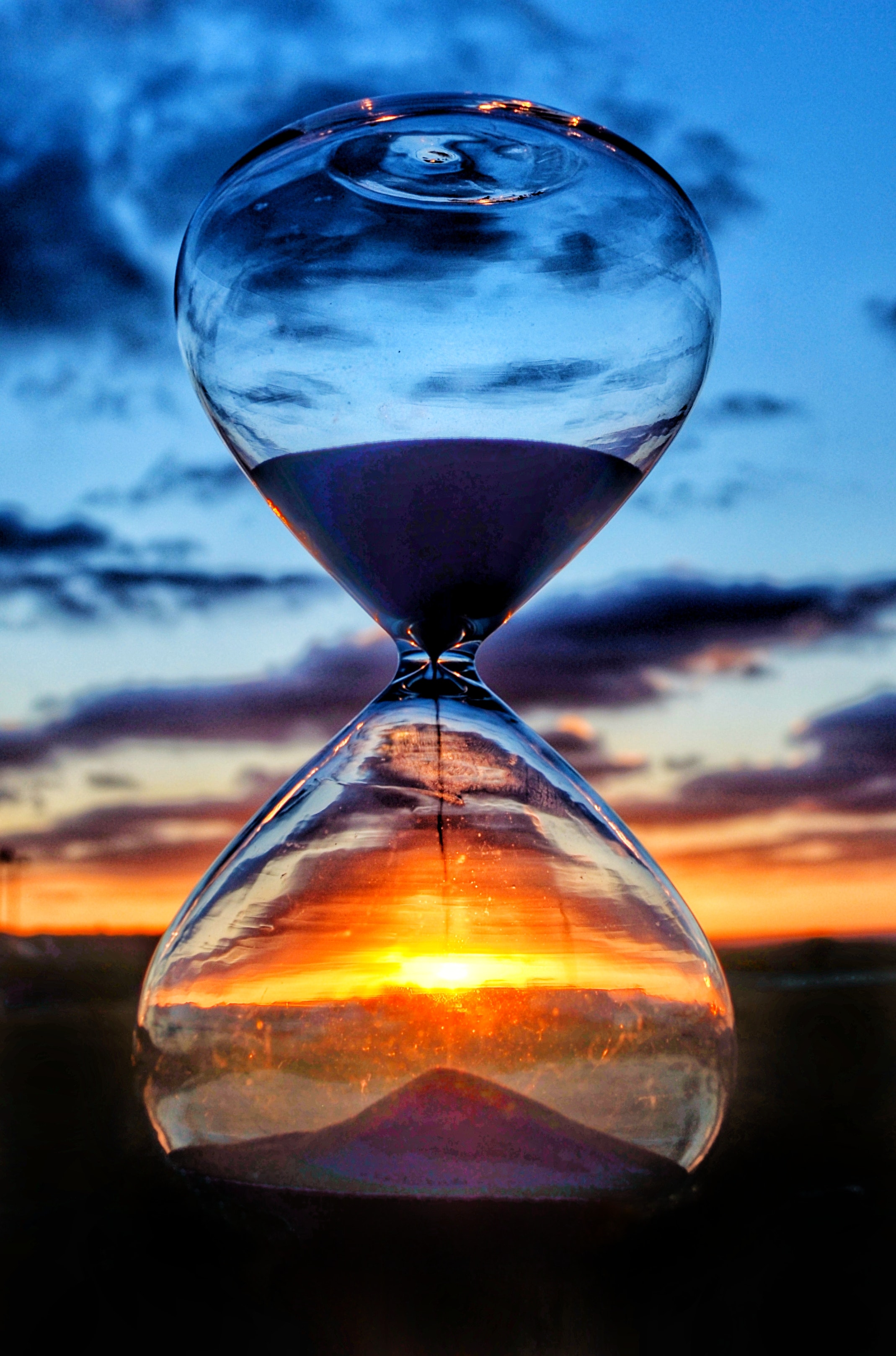 Additionally, an increase of light, according to the Brookings Institute, actually prevents an increase in robbery rates.

However, in parallel to the pros, cons can also be highlighted surrounding Daylight Savings. In a research study done by Medium it was found that switching the clock two times a year can actually result in more health issues, such as a 10-20% increase in cancer rates. Concerned about health issues, local congress people around the world are moving to support adapting a standard time year round.

In Washington state, Congress is close to, adopting year-round daylight savings. Senator Marco Rubio, from Florida and the former speaker of the Florida House of Representatives, has spoken out against the time change on Twitter, using the hashtag: #locktheclock.

END_OF_DOCUMENT_TOKEN_TO_BE_REPLACED

Looking for a new way to give back to your community? A local Red Cross blood drive could be your next good deed. Many CVU students, faculty and community members did their part at CVU’s annual March blood drive.

CVU held its annual Red Cross blood drive in the gym all day Thursday, March 12. Any student or faculty member aged seventeen or older, weighing a minimum of 110lbs in good health, was likely eligible to donate.

According to Red Cross, the blood drive draws in people for many different reasons, ranging from giving for family members and friends in need, to simply the free snacks and drinks provided after the procedure. 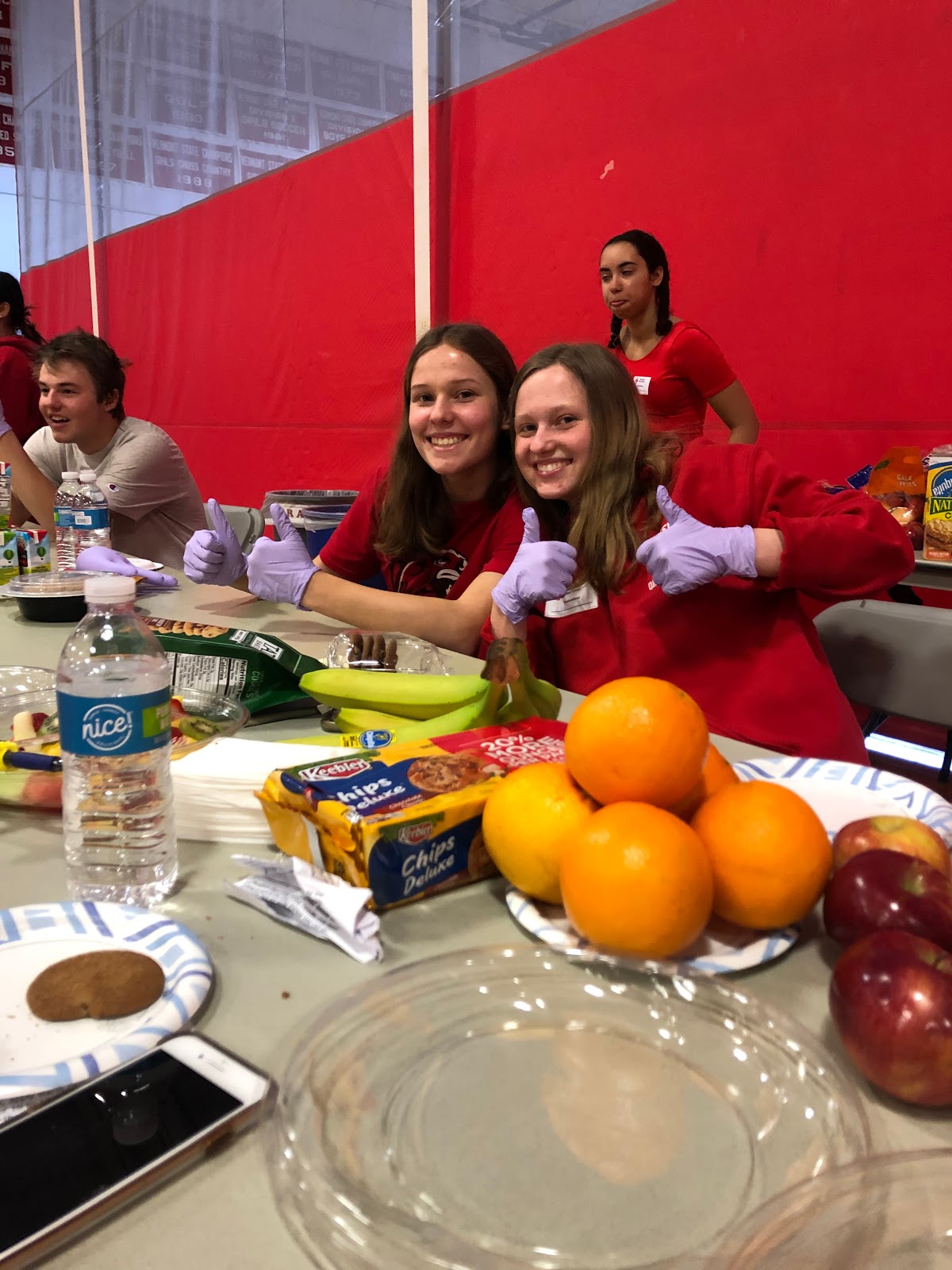 The process, Red Cross says, is simple for donors. The donor must fill out a questionnaire and sign in with ID before going through a brief “mini-physical” and a health survey. “The actual donation only takes eight to ten minutes,” according to Red Cross. One pint of blood is donated per donor. According to the Red Cross, every pint of blood could save as many as three lives.

END_OF_DOCUMENT_TOKEN_TO_BE_REPLACED

With the Covid 19 virus, our lives have seemingly moved to a virtual reality, plugged into computers, limited to the traveling space of our own backyards. What if we could travel though?

What if, with the aid of technology, we could travel the world while staying home? What if we could go further?

How you may ask? Through virtual reality. Virtual reality or VR is a fake 3D environment individuals can enter and interact with through the use of a headset and a controller. 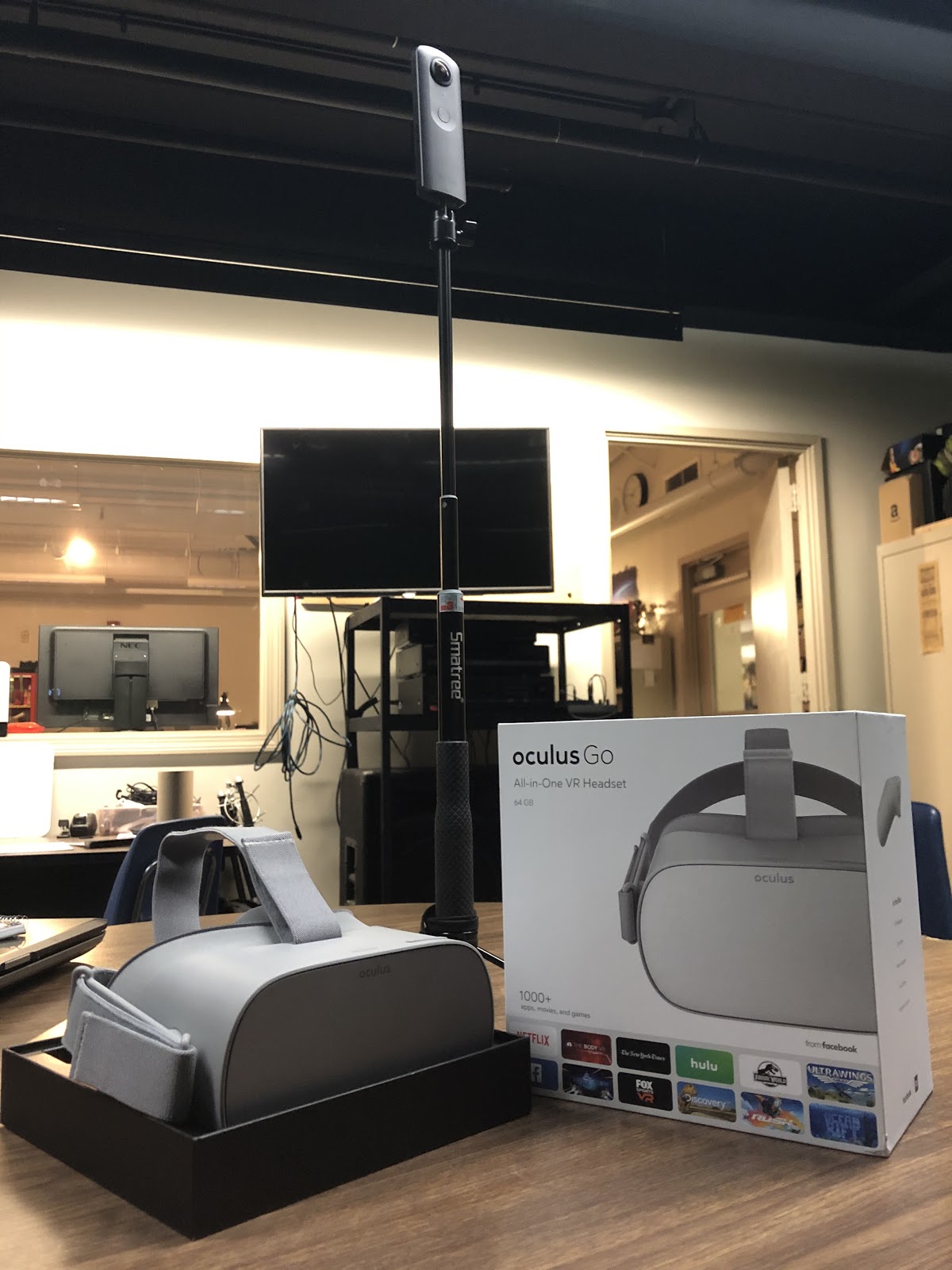 Gary Lambert the media production educator at Champlain Valley Union High School believes there’s a lot of educational potential with VR, and for the last couple of years, Lambert has been experimenting with new ways to bring the technology to students. “I think there are applications for [VR] in lots of different classes. There are lots of different ways VR could potentially be used to put students in an environment, either a custom-built environment or even on virtual trips. With VR you can take virtual trips to real locations and experience what that place looks like without having to actually go there.” Through VR, students can travel to exciting new places that previously seemed out of reach due to high expenses. For example, students of history classes could visit famous historical sites and museums all around the world while remaining in their classrooms.

END_OF_DOCUMENT_TOKEN_TO_BE_REPLACED

Hot Dog! Have you heard about the Make-A-Wish Fundraiser?

Did you see the dog at school? 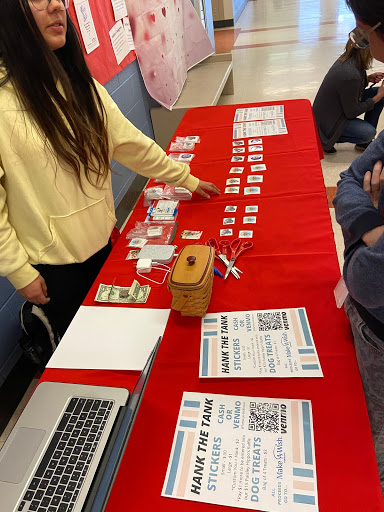 Make-A-Wish is a foundation dedicated to raising money to fulfill the wishes of children diagnosed with a critical illness. Wish recipients must be older than two and a half and younger than 18 years old. Recipients also have a threatening medical condition.

According to Dickinson “Hank the Tank”, this semester’s ‘business,’ uses Dickinson’s dog to draw the attention of students passing by in the hallway.

Katherine Riley purchased dog treats and expands her thoughts on the cause. “I think it’s a great fundraiser and I love the idea that the business class is actually doing something practical and seeing the reality of trying to get a product from the idea all the way through.” Riley also has a therapy dog of her own and thinks, “Having dogs at school adds to the climate. Especially in times of higher stress.”

Dickinson adds to the calming presence of her dog when she says, “I feel like my stress levels are so much lower when Hank is here.”

In a recent Washington Post Article, Why do we love pets? An expert explains, Author Karin Brulliard states, “Ours is a pet loving culture… The pet industry spends a lot of money promoting what it prefers to call the “human-animal bond.””