Hinesburg, VT — On April 17th the Champlain Valley Varsity Boys Lacrosse team won the fourth game of the season 16-8 against Middlebury on Wednesday night at home.

The Redhawks again started off very strong in the game with Max Gorman, attackman for CVU, scoring the first goal of the game. 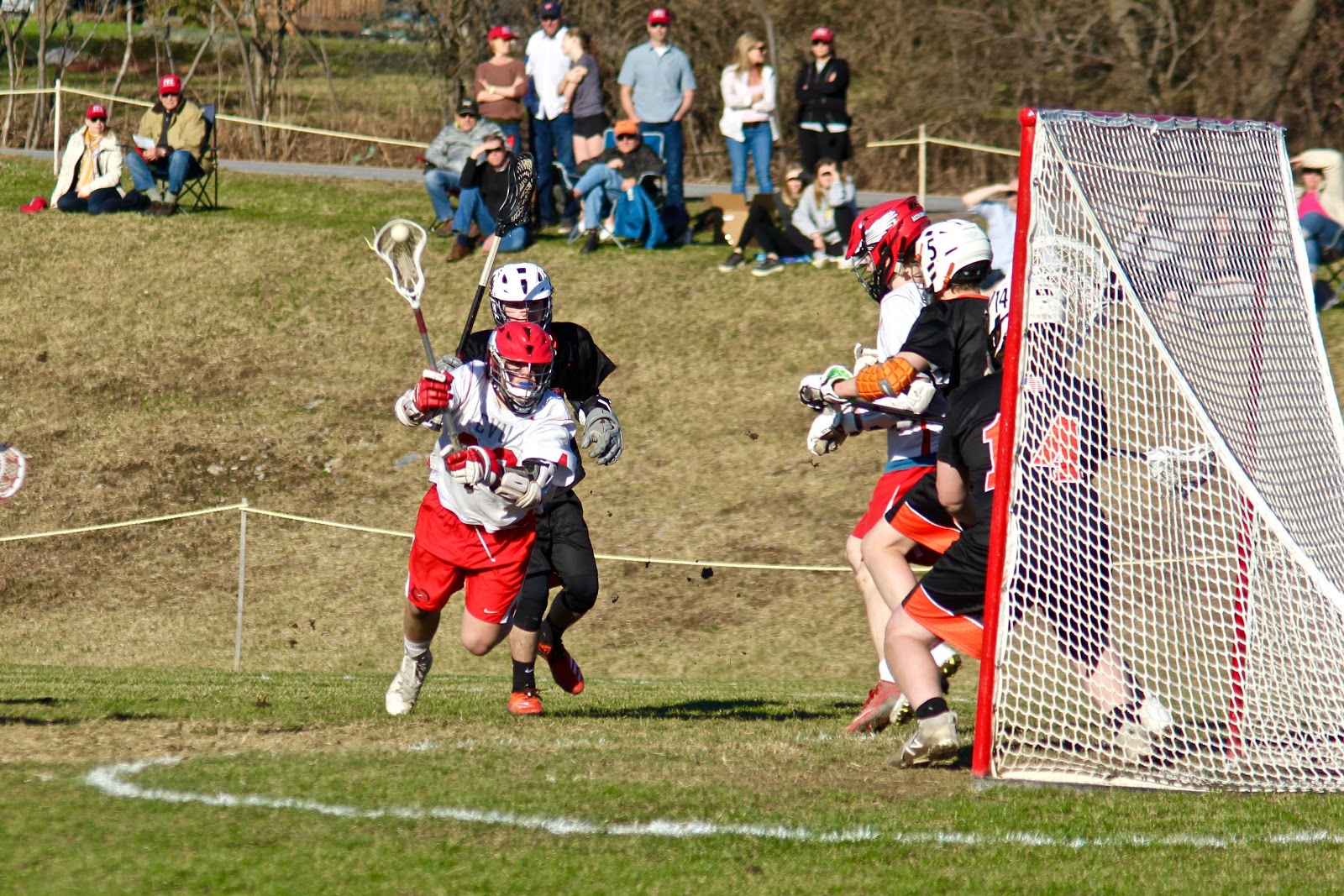 The Middlebury Panthers quickly adjusted following Gorman’s goal and trucked down the field to tie it up 1-1.

The Redhawks doubled down to score 3 more points before the end of the first quarter, which was closed out by Jake Schafer scoring to put the Redhawks up 4-1.

“We played a great game. We talked well, passed well, and when it comes down to it, we made most of the shots we took on goal,” said Kyle Cahn, of the CVU Redhawks.

The Redhawks continued to play strong throughout the rest of the game, scoring 12 more points and only allowing 7.

“It was one of the more entertaining games to watch,” said Zane LaDuc, a student at CVU, “there was a lot of movement which made it enjoyable to watch”.

The Hawks’ next feast is Woodstock Union High School on Monday, April 22nd at CVU.